Uber’s been making some big changes to the driver experience over the past few months and today they launched two brand new features called arrival times and long trip notifications while also improving existing features like destination filter and trip type preferences.

The changes come as part of Uber’s 180 Days of Change initiative focused on improving the driver experience. Today’s Chapter 3 announcement is all about flexibility.  You probably remember Chapter 1, which was announced on June 20, 2017, since the headliner was that Uber was adding a new tipping option. Since that announcement, Uber has actually doled out over $50 million in tips to drivers and done two days of ‘tip matching‘.  Tipping has been live everywhere for just about a month, and while the tip amounts haven’t been that high on a per ride basis, the total number of $50 million sure seems like a lot.

Chapter 2 was announced about a month ago and focused on customer support.  You’ve probably noticed by now that Uber drivers now have 24/7 phone support and, in my experience, the agents are very quick to answer the phone.  Uber tells us that they have fielded over 200,000 phone calls in that time period and that the average wait time to speak with an agent has been 30 seconds with an 85% satisfaction rate.  I’ve seen short wait times myself, but the 85% satisfaction seems a bit high based on my experience and from talking to other drivers. 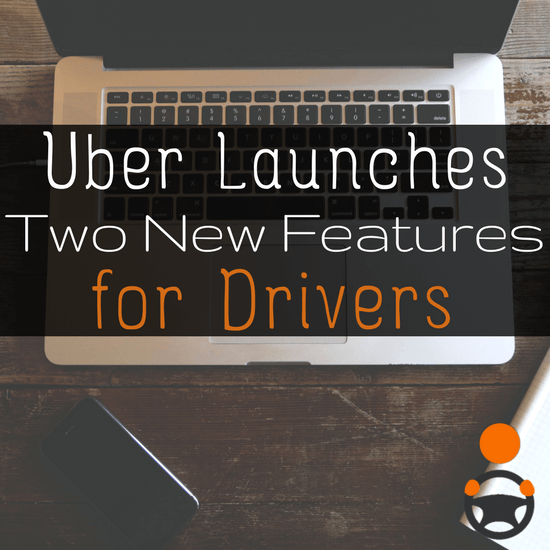 Chapter 3: Flexibility of Being an Uber Driver

I’d argue that driving for Uber is already one of the most flexible jobs in the world since you can work whenever and wherever you want, but I’ve always felt that it could be way better.  The Destination Filter and Instant Pay were great features Uber released in 2016, but they weren’t that innovative considering Sidecar had the former and Lyft was the first to launch the latter.

I was excited about today’s announcement though since it will allow drivers to make more money – even if there isn’t a rate increase. Here’s a round-up of my favorite new features:

Drivers will now have the option of setting an arrival time in addition to a destination.  So let’s say you need to be home by 6 p.m. in order to cook your spouse dinner, you can now set a destination filter for home and set an arrival time of 6 p.m.  Here’s how the feature will look in the Uber driver app:

Now the first thing you should note is that the ‘Arrival Times’ feature works in conjunction with the Destination Filter. In order to set an arrival time, you’ll need to first set a destination filter.  Uber hasn’t announced exactly how the algorithm works, but as you approach your arrival time, you should get a higher propensity of rides headed toward your destination.

Similar to destination filter, there will probably be some growing pains with the arrival times feature, but I think there’s a lot of potential.

Long trips are usually a good thing for drivers since you make about 5-7x more per mile than you do per minute, but it’s always nice to have a heads up about the length/time. Uber will now be providing a notification on the accept screen any time there is a long trip.  There’s no set mileage/time for long trips, but in our experience, it appears to be anything longer than around 45-60 minutes.  Here’s what the notification will look like:

This feature is really a win-win-win for drivers, customers and Uber since there are times where I’ll use Mystro to ignore far ETA requests since it may not be worth it to drive all the way out there for a minimum fare. Now I’m a lot more likely to accept that trip regardless of the ETA. And since I have a weak bladder, it’s always nice to have a heads up on a long trip so I know to run to the bathroom real quick or even fill up on gas 🙂

One of the worst times for a long trip is when you’re going for a Quest or Boost incentive, since those programs typically require you to stay within a certain geographical boundary. Now if you ignore a long trip request while on a Quest bonus, it won’t hurt your acceptance rate.  This isn’t a huge change but it definitely shows that Uber is aware of this issue for drivers and working on a fix.

You could imagine how frustrating it might be for a driver who’s one ride away from a Quest Bonus, to get a ride 1.5 hours away and have to drive back empty.

Driver Destinations is a favorite feature amongst drivers, so it’s good to see that Uber is expanding the number of filters from 2 to 6.  I usually use the destination filter at the end of the night to get home, but with 6 filters per day, I’ll now be able to use it more strategically.  Here are a couple ideas that come to mind:

It would be nice though to see Uber add destination filter for the airport queue.  I’m still not sure why it doesn’t work there. In the past, you could contact Uber to set up separate profiles if your car was eligible for UberX and UberSELECT for example, but it was always a hassle.  Some cities allowed it and some reps knew how to do it, but there were no guarantees.  Now Uber has simplified the process and you can filter the following trip type requests: UberX,UberEATS, UberXL and UberSelect.  Here’s what the feature will look like:

Now the one glaring omission from this feature is the ability to filter out UberPOOL, but you can always ignore those requests on your own or by using an app like Mystro. Uber is no longer allowed to deactivate drivers for ignoring UberPOOL requests, but they may put you in a 10-15 minute timeout if you ignore 2-3 requests in a row.

Adding it All Up

I was skeptical when Uber announced the 180 Days of Change initiative, but Uber has stayed true to their word and made big improvements to the driver experience in each of the first three months.  A lot of these announcements have been long overdue, but I think it shows a clear shift in leadership at the company.  Drivers haven’t always mattered much to Uber, so it’s refreshing to see substantive changes that not only make it easier to be a driver but will also help drivers earn more money over time.

Obviously, a lot of these changes are in Uber’s best interest too, but I’ve always felt that drivers are vital to the company’s success.  As Uber shifts towards profitability and a more sustainable business, they’ll need drivers more and more and that’s just fine by me.

What do you think of these upcoming changes to Uber? Are these new features something you’re looking forward to?