What’s It Like To Be An Uber Driver For A New York City Fleet Owner?

Compared to most jobs, there aren’t a lot of requirements to be an Uber driver.  I like to joke that all you need is a smartphone and a pulse to get hired, but these days Uber will even provide the car and the smart phone.

Uber wants the sign-up process to be as easy as possible, but driving for UberX in NYC is anything but typical.  NYC UberX actually requires every driver to hold commercial insurance ($4,000-$6,000 per year) and TLC plates, which creates a huge barrier to entry compared to the rest of the country’s UberX cities.  But it also creates some opportunity. 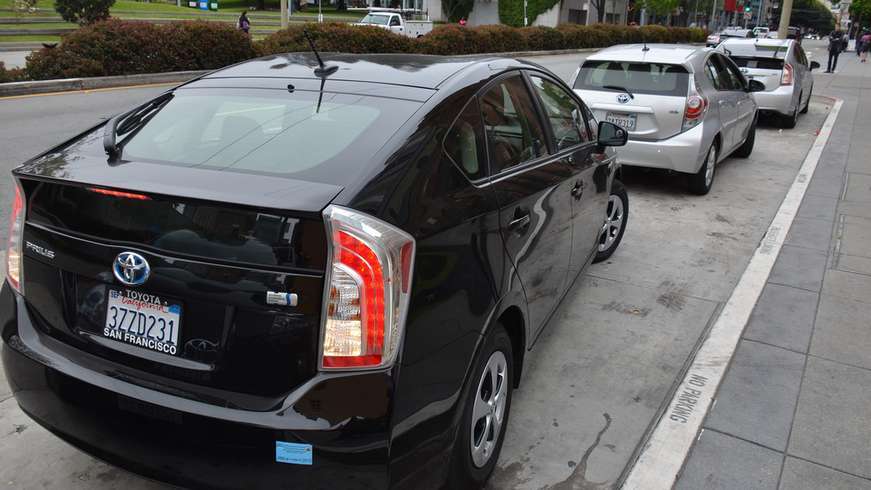 What’s It Like To Be An Uber Driver For A New York City Fleet Owner?

Since it’s so hard for individuals to get up and running in NYC with UberX, there are a lot of fleet owners who rent out UberX eligible vehicles (that come with commercial insurance and TLC plates) for a weekly fee.  You can’t really drive part-time in NYC since the fees/insurance are so high, but if you want to test out full time driving, there is a large market of available rentals.

This arrangement is pretty typical of UberBlack and even UberSelect, but you rarely see it with UberX outside of NYC.  UberX rates in NYC are actually among the highest in the country according to my fare summary spreadsheet, but that’s more of a function of the increased expenses.

In the past, potential drivers would have to comb through Craigslist postings and get recommendations from friends in order to find a fleet owner.  But today, there are some much better options for drivers.

Uber actually maintains a marketplace for fleet owners on its website, but in short, it’s exactly what you’d expect from a market place.  They have a few featured companies at the top who I suspect pay for the privilege of appearing there, and then a bunch of private listings below.  It looks like anyone with an eligible vehicle can create a posting, so think of it as a more targeted Craigslist. The problem with this marketplace though is that potential drivers have no idea whether the company is legit and based off Uber’s history of partnering with companies like Santander (a predatory subprime loan company), I don’t think an Uber partnership is really a gold stamp of approval.  I tried to find online reviews for a few of these companies but didn’t have much luck.

I reviewed the terms and pricing for several of the top companies listed on Uber’s marketplace and they all offer similar deals.  Here’s what a typical deal looks like:

I didn’t read all the fine print, but you’ll want to make sure that the weekly fee includes commercial insurance, TLC plates and maintenance.  Personally, I’d want this lease to be as flexible as possible, and I’d probably stay away from lease to own.

Requirements to Lease A Car

In order to lease a car from a fleet owner, there are a few things you’ll need to take care of first.  The ones that stick out to me are the TLC license and 6 hour Defensive Driving certificate.  It’s not that hard to get those two items, but it does mean that leasing a car is something you’ll want to give your full attention to as opposed to just trying it out for a week or two like you can do with UberX in other cities.

How To Choose A Fleet Owner

Unfortunately, there isn’t a lot that’s been written about the fleet owner experience, but you’ll probably want to start with whatever company can offer you the best deal.  The main things to look for are:

A lot of new drivers tend to struggle with ratings, so I think it may make sense to start off with a newer car and then downgrade once you get the hang of things.  A new car won’t offset really terrible driving but it may help you stand out a bit compared to other drivers.

Eventually, you’ll want the best deal though.  If a 2013 Camry gets the same mileage as a 2015 Camry, I don’t see a good reason why you should go for the newer one since you will get paid the same amount regardless of the year of your car, and the older model should cost less per week to rent.  Remember, the fleet owners pay for all the maintenance.

After rental fee and MPG, I would definitely consider how flexible the lease is.  I know companies like Buggy allow drivers to turn in their cars with a 2 week notice, but not every fleet owner is that flexible.  I would stay away from anything that locks you in for 3-4 weeks or more.

Find A Fleet Owner Who’s On Your Side

This might be the most challenging part of the whole process, but it is also one of the most important parts.  Traditionally, fleet owners have not been the biggest driver advocates and have been more concerned with profits than the success of their drivers.

And that is why it’s so important to get a lease that is flexible so that if a company turns out to not be what they claimed to be, you can switch.  Drivers actually have more power than they think, and if your fleet owner isn’t providing the best experience possible, there is likely another one who will.  I actually talked to a couple fleet owners who were considering partnering with Vugo (the rideshare ads company) in order to be able to charge their drivers a lower weekly fee than their competitors.  That is the type of fleet owner you want to look for, someone who’s on your side.

If you’re looking for a couple companies to start with, I recommend checking out Buggy (mentioned above) and Idle Cars.  Buggy is a more traditional NYC fleet owner with leasing and rental options and from everything I’ve read, they seem like they offer just the flexibility that a driver wants: no mileage limits, 2 week notice for returns, etc.

Become A Fleet Owner Yourself

Idle Cars has a model that’s really exciting to me though since they actually facilitate short term rentals between owners and renters.  So let’s say you’re an individual and you go out and buy a car, get TLC plates, commercial insurance, etc.  You could actually go to Idle Cars and rent out your car to another Uber driver, thus allowing you to make money without doing any of the work.  Essentially, it allows a whole bunch of individual owners like you and I to become fleet owners.

Now obviously, this is a business of scale and many fleet owners in NYC have a big advantage since they can negotiate car purchases in bulk, get deals on maintenance, etc.  But a lot of those fleet owners don’t treat the drivers all that well, so that would be one of your advantages.  I am always on the lookout for driver friendly companies, and this platform is working to allow drivers like you and I to become fleet owners ourselves which sounds great to me.

You may have already realized this, but driving for Uber full-time or making a career out of it is going to be a tough way to make a living.  Uber by nature, is a very transient job and that’s why I think it’s so important to use this job as a stepping stone to bigger and better opportunities.  There are lots of opportunities, but you just have to find them and then capitalize on them.

If you’re like me and you’re interested in learning about ways to turn your liabilities into income generating assets, here are some good resources:

If you’re looking for a comprehensive list of all the leasing/rental options available for rideshare drivers, please check out our new Uber and Lyft Vehicle Marketplace page.

You can also find a fleet owner here.

Drivers, have you ever considered working for a fleet owner?  Does the idea of being able to rent out your car through a platform like Idle Cars sound appealing?