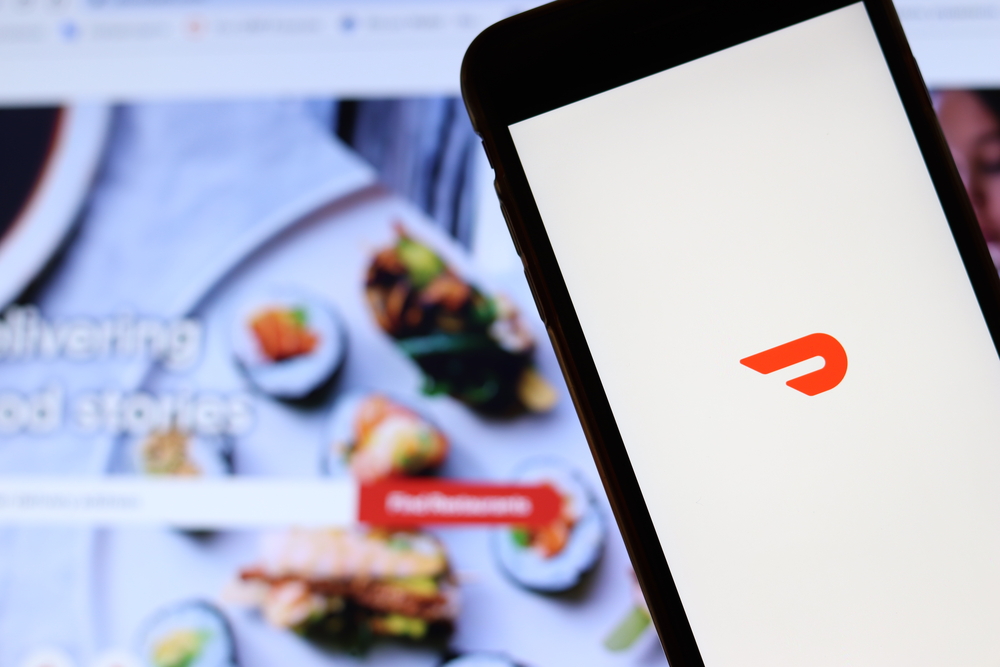 By Paula LemarJanuary 7, 2023No Comments

Will the predicted recession bring an influx of new rideshare drivers, trying to stay on top of rising costs? Will NYC drivers actually see their promised pay increase? Learn more in this week’s roundup with senior RSG contributor Paula Lemar. Also, learn about a new dash cam, inspired by rideshare drivers, and find out if you’ll be a new package pickup person through DoorDash.

Uber, DoorDash and Lyft could see hundreds of thousands of new gig workers because of recession, analysts say (MarketWatch)

Summary: Echoing what gig-company executives have been saying lately, Bank of America Securities analysts wrote in a note Tuesday that the companies could see an upside from a recession and higher unemployment this year: hundreds of thousands more gig workers.

“For the ridesharing industry, bookings could see downside with less commute and travel traffic, but a recession should drive better labor supply availability,” the analysts wrote. They don’t expect the U.S. government to provide any more aid to gig workers, like the emergency pandemic unemployment assistance that was extended to ride-hailing drivers during the emergence of COVID-19, which — along with pandemic-related lockdowns — was a drag on supply.

Bank of America economists expect the U.S. unemployment rate to rise from 3.7% to 5.3% this year, which would equal about 19 million unemployed and underemployed people, the analysts wrote. They said there’s a potential of 450,000 new drivers for Uber Technologies Inc. UBER, 3.23% and Lyft Inc. LYFT, 5.41%, and possibly 600,000 new couriers for DoorDash Inc. DASH, 1.80% and Uber Eats. There could be overlap between drivers and couriers because many gig workers do work for more than one app….

My Take: While more drivers on the road sounds great for “labor supply availability,” it’s the last thing current drivers want. It could mean slim pickings for ride requests, making rideshare potentially not profitable, or less profitable than in previous years.

As the article states, even if there is a recession, it’s highly unlikely the government will send aid for gig workers, like it did during the pandemic with the Federal Pandemic Unemployment Assistance (PUA).

It seems there’s almost always a complaint of a driver shortage. Check out our article Where Have All the Drivers Gone to explain some reasons why there may have been fewer drivers on the road in the past.

But if a recession comes, along with high unemployment rates, it does stand to reason that there might be an influx in rideshare drivers hitting the road. I’ve used rideshare driving as a fill for an unemployment gap until I could find a job in my field again. It’s fast and easy to sign up as opposed to filling out an application, waiting for an interview, and interviewing for several weeks before a possible offer of employment.

Summary: Bosch is expanding its security footprint in the ride-hailing economy.

On Tuesday evening as CES 2023 kicked off in Las Vegas, the global supplier introduced a new connected smart camera and accompanying 24-hour support line for drivers of ride-hailing apps. Bosch said it’s working with Gridwise, an app for ride-share and delivery drivers, to conduct user research and ensure it’s the right fit for the market.

The device designed with ride-hailing drivers in mind, includes an interior and exterior camera and a lighting element on the front to let drivers and riders know the service is active.

The product also comes with a wireless SOS button in the vehicle that the driver can press to activate an emergency call to a Bosch call center. The emergency call operators are available live 24 hours a day and can access a camera view from the RideCare companion device to determine if emergency services need to be contacted….

My Take: If we’ve said it once, we’ve said it a thousand times. All rideshare drivers should equip themselves with a dash cam. Even if it’s the most basic one you can afford. It’s a great, cheap insurance policy that will show the real story, no matter what the other person tries to say.

Now, to have a dash cam designed with rideshare drivers in mind is huge. Among its features, this Bosch dash cam includes an SOS button to call Bosch’s emergency call center, with access 24/7. Drivers have complained in the past that the emergency buttons included in the Uber and Lyft apps are essentially pointless, with reps not getting back to them until days later, well after the dangerous incident has passed, or making the initial effort, with little or zero follow up to ensure the matter was resolved.

Anyway, back to the dash cam. Not all cameras out there have interior and exterior cameras, but this one has them both built right in. It’s important, as drivers, to film the inside of the vehicle to help keep potentially unruly passengers in line. That said, be sure to check your local laws to know if you need the consent of your passengers to film audio and/or visual.

While it’s not on the market yet, it’s scheduled to release in early 2023.

Summary: At noon on Thursday, hundreds of Uber drivers gathered outside the company’s headquarters in downtown New York, and chants echoed across the 9/11 Memorial Plaza: “Shame on Uber.”

Uber drivers were engaging in a 24-hour strike that began first thing on Thursday in response to Uber’s move to sue New York’s Taxi and Limousine Commission (TLC) for approving a raise and fare hike.

Uber’s opposition to the raise and fair hike for drivers comes as inflation has caused the cost of living to increase across the country.

My Take: I’ll keep this brief, as we’ve followed this closely since it was first announced and then subsequently blocked. I know I’ve mentioned before that I 100% believe ALL drivers on the platform deserve higher pay. What it was when I first started driving versus now is just…pathetic.

It feels like Uber and Lyft are mocking drivers with how low they have gotten with their pay. While the savvy driver can still earn a good $20-25 an hour, other less experienced drivers, or those driving in smaller markets are not able to maintain those lofty goals.

Basically, good luck to the NYC drivers. I hope you get your pay raise!

DoorDash can now return your packages for you (TechCrunch)

Summary: DoorDash is launching a new “Package Pickup” offering that lets users request a delivery person to pick up their prepaid package from their home and drop it off at a UPS, FedEx or USPS location. The company began piloting this feature in March 2022 as part of a small beta test and is now officially rolling it out. For a fee of $5 for standard users or $3 for DashPass members, users can get up to five packages picked up and dropped off in the same order.

To get started, you need to select the Packages hub on the top of the DoorDash homepage and select the carrier that corresponds to the package you’re returning. Or, you can type “package” into your search bar. Then, you need to get your packages ready and attach a prepaid shipping label to them. If you have a shipping QR code, you can send the QR code directly to your delivery person in the DoorDash app. Your delivery person will send you a confirmation photo after dropping off your package at the designated store….

My Take: We all know about delivering packages for Amazon Flex and even apps like PointPickup. But this is a new take on it. And super convenient for customers. I’m actually considering giving it a try, so I don’t have to try to find my nearest UPS drop-off for a package I need to return now that Christmas is over.

But as a Dasher, would I want this responsibility? Probably not, unless the pay is decent. The upside, though, is that drivers will have the OPTION to do these kinds of pickups from what it sounds like. It’s always nice when the driver has that choice.

Summary: When Henrik Fisker talks about his company’s plans for this year, like possibly sharing the platform for the new Fisker Ocean electric crossover with other automakers or unveiling the Fisker Ronin EV grand tourer, he tends to be circumspect. The design mogul turned EV startup founder seems reluctant to make the bombastic promises that have worked against other new automotive ventures.…

This year will be a make-or-break one for both Fisker and the company that bears his name. It will test Fisker Inc.’s “asset-light” approach to building EVs: outsourcing production to third-party manufacturers across the globe while Fisker Inc. itself focuses on design, engineering, and customer service.

It’s a fairly unique approach for any car company that eventually seeks to be a big, global, high-volume player. Contract manufacturers are often used to make special models or to augment production capacity when needed. But most automakers want to own their production process; Rivian, for example, produces the R1T and R1S at its plant in Normal, Illinois, and is building an even bigger plant in Georgia….

My Take: The article is pretty wishy-washy compared to its headline that draws you in. It doesn’t really go into detail about what an “affordable EV” will actually look like through this company or if it’s even going to happen this year.

However, more affordable EVs would definitely be one way to get the public more enamored with the idea. No one likes the idea of spending more money on something they can get cheaper elsewhere…and be more familiar. People are scared of the unknown. And EVs are still largely unknown for the majority of the market.

The government and companies like Uber and Lyft are pushing for EVs to be more mainstream without making it affordable or even appealing to the average person. And just the draw of it being better for the environment isn’t enough to convince people to make the leap. It has to fit their budget and be as easy of a transition as possible.

While there are definitely affordable EV and hybrid options, it’s still asking people to try something new.

Would you make the switch to an EV if they were more affordable? If not, what would help you make that transition (if anything)?