Here at the Rideshare Guy, we like to find new apps for drivers and ways for you to earn money. Today, RSG contributor Chonce Maddox Rhea will be sharing everything we know about Gorillas, a super fast food delivery app that you may or may not have heard of, currently trying to break into the United States markets.

If you’ve been looking for a way to make money with food delivery apps but don’t have a vehicle or prefer to give your car a break, you’re not alone. Gorillas is a new delivery service app that has just reached New York and is set to expand into other markets.

This food delivery app is actively hiring drivers and pays benefits while allowing you to make shorter trips and save all your gas money.

Gorillas made its mark on the on-demand grocery delivery service in June 2020. Like others in the industry, this company says their goal is to deliver orders within 10 minutes of them being placed.

This has become a crowded market with online grocery sales growing 54% in 2020, hitting nearly $96 billion that year alone according to Business Insider. Gorillas has been doing well though and making a name for themselves.

Starting in June 2021, Gorillas hit the New York market making it the first state in the US to have the food delivery option from the company. Some of those neighborhoods that are included in the Gorillas service area are East Williamsburg, Cobble Hill, Bushwick, and a few other areas in downtown Brooklyn. This will only expand in the future as the company grows.

In their short time in business, Gorillas has received $290 million in Series B funding which puts the value of the company over $1 billion. Some of the names behind the money include Fifth Wall, Green Oaks, DST Global, Atlantic Food Labs, Coatue Management, and more. Gorillas became one of the fastest European startups to be valued at $1 billion or more.

To celebrate, it’s reported that Gorillas will offer a total reward of $1 million to their warehouse staff and rider crew. The company hasn’t been clear if that will be rewarded in cash or stock or how much each individual employee will receive.

New York is the only current US city that Gorillas is available in but the plan is to add Chicago and Los Angeles to that list in the near future. The website lists the two cities on the career openings portion of their site. Other parts of the world that already have Gorillas are the United Kingdom, Denmark, France, Belgium, Italy, Netherlands, Germany, and Spain.

Like other on-demand food delivery companies, Gorillas does employ their delivery partners. Food is delivered by bike instead of car.

The US delivery fee will be $1.80 with no minimum purchase required. So, customers should be happy about the delivery fees, and don’t have to worry about a minimal order to fulfill.

Customer’s orders can range from anything such as one item to a whole basket of goods. Since these orders are delivered by bicycle, there are weight limitations in place to protect riders.

Each warehouse you’ll be going in and out of will hold about 2,000 to 2,500 items. They could be anything from fresh produce to cat litter to milk and more.

Gorillas promises riders are treated great and are appreciated. Part-time and full-time positions are currently available with the company. Full-time status includes benefits like dental, vision, and medical. Gorillas also has a rider support staff in place just for rider partners needing assistance.

E-bikes are provided to help make the delivery process quick and easy. Complimentary rider swag includes a vest, helmet, and rider gloves. All you’ll need to get registered is your name, phone number, email, country, and city.

Riders are actual employees of the company, not subcontractors. So, subcontractors or freelancers aren’t really used. The only time Gorillas seeks help from resources like temp agencies is during really busy times like football league finals. Guaranteed work hours max out at 8.5 hours per day.

Free gear also includes backpacks, rain pants, and shoe protectors. Riders can take advantage of the many warehouses around town if they need to take a break between orders or stay out of the rain until the next order comes. Snacks and non-alcoholic drinks are also available to riders. Every Gorillas employee is offered a 25% discount on personal groceries.

Because of a German law in place, all riders in Germany will have a six-month probationary period before being hired permanently. They do like the company to grow, so most make it through the 6 months. During the last quarter alone, 400 riders were promoted to other jobs outside of being a courier.

Deliveries are typically within 1-1.5 miles of the warehouse. Riders must be at least 18 years old and have a valid driver’s license. The US focus right now is Los Angeles, New York City, and Chicago. All of those drivers start out at a $15 an hour wage and also get to keep their tips. You must have a cell phone to begin delivering, but a monthly credit will be given to help with cell phone expenses.

Earlier this year, negative headlines about the company hit the news outlets. One source said that drivers in Germany expressed a few concerns they had about the food delivery company. Problems included missing pay, chronic back pain from the heavy loads they carry, and also insufficient rain gear.

In July 2021, this got so bad that riders decided to go on strike. Not having proper winter jackets in the snow was a big concern that was addressed by April 2021. Paychecks being short was a concern that continued into 2021 with one rider in particular saying it took 3 months to correct the hours on his check.

The strikes even made it to the Gorillas headquarters in Prenzlauer Berg, Berlin. The strikes have worked and CEO Kagan Sümer went to one of the protests earlier this Summer and spoke about the 250 payment issues that had happened during that time and “promised they would all be resolved.” Some additional comments from Sümer included:

“We are here to listen. … We need to keep this communication going,” Sümer told the protesters during the time. “And I support that you are here to act.”

The website makes a brief statement in regards to the payment discrepancies that occurred in June 2021 saying that less than 2% of riders were paid incorrectly during that time frame. In the same paragraph, they also share the commitment to making sure this doesn’t happen again and desire to put riders first today, and in the future.

Both companies have delivery fees, but Instacart Express members can have that fee waived for any orders that are $35 or more. Also, this membership will help customers avoid peak time prices during the company’s busy times of the day.

As Gorillas is continuing to grow, this type of program might be something they look into more in the future. Instacart can’t offer most deliveries to be completed within 10 minutes, but Gorillas sure can.

Gorillas not for you? Sign up for Instacart instead!

DoorDash was actually interested in investing in Gorillas – to the tune of $400 million. A big part of the negotiations falling apart was the expansion plans Gorillas had in place for the United States.

The possibility of the two partnering up makes us believe DoorDash believed in the strides Gorillas was making, but the two sides just couldn’t agree on finalizing the deal. DoorDash is one of the biggest names in the industry and Gorillas is striving to be one as well one day.

Gorillas not available in your area? DoorDash probably is! Sign up for DoorDash here.

All of the 15-minute or less food delivery services are rapidly growing and getting their fair share of investments. Both Gorillas and Getir are attempting to expand into the United States and both are successful startups in Germany and Turkey respectively.

Both offer complimentary items for their drivers and offer full-time positions instead of the subcontractor setup. The platforms also primarily use bikes or scooters for delivery which helps make the deliveries quick and easy.

Gorillas has made a massive splash onto the fast delivery service scene and doesn’t seem to be stopping anytime soon. They did have some negative headlines but seemed to have overcome those and addressed those problems.

The company helps out their riders with the many tools and equipment they offer them during the onboarding process. Gorillas will even offer a phone bill credit to their riders.

The long list of benefits for full-time drivers includes medical and dental insurance among other things. With the expansion into the US continuing, who knows the limit on what this company can do now and in the future.

Have you heard of or used Gorillas delivery? What do you think of super fast delivery services? 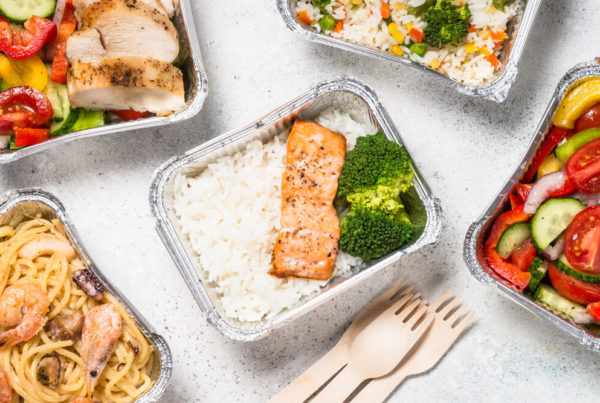