Why is Lyft Blocking Third Party Apps like Mystro?

Over the past few months, Lyft has been actively blocking Mystro – an app that we’re a big fan of (Harry is even an advisor to Mystro) and many drivers have e-mailed us to express their frustrations. Today, RSG contributor Paula Gibbins looks into what’s going on and what you can do about it if you use third party apps for rideshare driving.

Lyft and Uber boast safety as one of their top priorities, but one has to wonder if that’s really the case when a rideshare company like Lyft blocks third party apps that help with driver safety. As many of you know, Mystro is an app that allows drivers to drive for both Uber and Lyft hands free and today we’ll look at what’s been going on between Lyft and Mystro and how it might affect you as a driver going forward. What Do Third Party Switching Apps Do?

Simply put, switching apps like Mystro let drivers drive for both Uber and Lyft automatically and they let drivers set terms for preference as far as which app they’d prefer to accept rides from, as well as auto accepting rides and closing out the other app so drivers can focus on what they need to be doing — driving safely. The driver can even tell the app to reject any passenger request under a certain rating. But one thing we’ve been surprised by is how many drivers like using Mystro purely for the safety aspect, since without it, you have to manually accept/reject trips that could come in while driving 45 mph down the street.

You can see how Mystro works in action below and read about how Mystro helps drivers earn more here.

There are other apps that engage in similar functions like Maxymo, QRAD and UpShift and it appears that Lyft has actually blocked all of them.

Why Might Lyft Want to Block These Switching Apps?

I honestly have no idea. It doesn’t make a lot of sense for reasons we’ll get into below and it seems like there are some strange things happening at Lyft these days with their COO recently departing after just a year and a half at the company. But my best guess is that Lyft wants to have more control over drivers, which seems like a bad idea since they’re currently battling AB5 in California (and asking drivers for their support!). Or another guess is that they don’t want drivers to have the ability to switch between apps because they feel like drivers would use Lyft less. The hope would be to encourage drivers to only use Lyft since they already have an auto accept feature for their own app.

The idea would be that drivers who are loyal to Lyft would stop using those switching apps and only drive for Lyft. But again, this shows how little Lyft understands its own drivers. Lyft blocking Mystro is only going to discourage drivers from using Lyft altogether as many readers have already e-mailed us saying this exact thing. Most drivers are busier with Uber than Lyft since the former has a much larger market share. And our rideshare survey results confirm this – more drivers are driving for Uber first, then driving for both second and Lyft third. So without Mystro, many drivers will have to choose between driving for Lyft or Uber during busy times and most drivers are going to go with the more reliable choice – Uber. And as newly released data from SimilarWeb shows, this could already be happening, “The number of Lyft drivers using the app (on Android devices) on a daily basis in the U.S. decreased by 18% in Q2 [2019].”

How Did Mystro React?

As a company, Mystro was certainly threatened by this development. According to an article posted by Fast Company on June 27, 2019, “Mystro abruptly stopped working with the Lyft app in March… A week later, Driver Partners [the creator of Mystro] issued an app fix to restore the connection… And then it stopped working again.”

Each time Mystro put out an updated version of their app, Lyft would find a way to block it. But, Mystro never gave up. On June 7, I received an email from Mystro: The long and short of it is that drivers who subscribe to Mystro need to go to the Mystro website on their computer, download the app there and then follow prompts to download it to your phone via your computer. If your phone restarts for any reason after doing so, you’ll need to follow the prompts once more to download to your phone.

It feels a bit wrong that Lyft boasts safety as one of their top priorities while actively stopping drivers from safely using their app in unison with Uber. And while Lyft was once the more driver friendly company, I think many drivers have started to question this and feel that both companies are the same these days. And as Harry mentioned on Twitter:

I’d expect this type of behavior from Uber but not Lyft. Aren’t they supposed to be the more driver friendly company?!

Good recap of the situation by @seancaptain of @FastCompany https://t.co/TugcR5U2RB

Here’s what you see on the safety tab of Lyft’s website:

We reached out to Lyft for a comment, and their response is below:

Requiring companies that want to access data isn’t unheard of (Pinterest has strict developer requirements as well), but one thing that bothers many drivers is how this was rolled out by Lyft (again both companies have a history of poor product roll-outs with little to no notification for drivers). Essentially, Lyft didn’t say much about third party rideshare apps being restricted, which blindsided many drivers who legitimately rely on these services.

Adam uses Mystro daily to toggle between Uber and Lyft. One day, Mystro stopped working properly. His initial gut reaction was assuming there was something wrong on Mystro’s end. But then it kept happening and he wasn’t able to use it but was still paying for the service. This was beyond frustrating.

It took a lot of research to dig out what was happening. Now it’s kind of a pain that he has to download the app from the computer every time his phone restarts, but it’s better than the alternative, which would be not using Mystro at all.

Adam is grateful that he can still use Mystro and will continue paying for the service. But there are several drivers who have given up on using Mystro and who knows if they are safely switching between the two apps or if they’ve thrown caution to the wind and switch the apps by hand or only use one app each day while they are driving.

I don’t see Lyft removing this block any time soon and while they may boast safety as a top priority, that is put into question with this move. It seems to me that Lyft wants full control over their  drivers and in their mind, they are doing what’s best to make sure drivers are only using their app, and therefore helping their bottom line. But I think it’s shortsighted since if drivers have to choose only one app, they’re generally going to choose Uber.

I hope that Mystro and the other third party switching apps continue finding ways around it (or work as approved developers with Lyft). Of course, ideally it would be a workaround that wouldn’t involve having to upload the app over and over again, but for the time being, they have a fix in place.

Drivers, have you noticed these issues with Mystro or other third party apps? How are you getting around them? 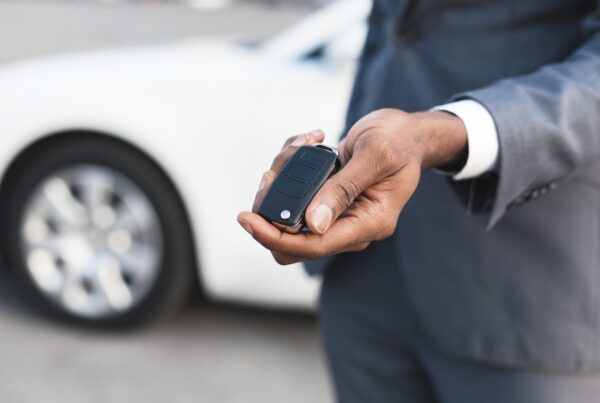